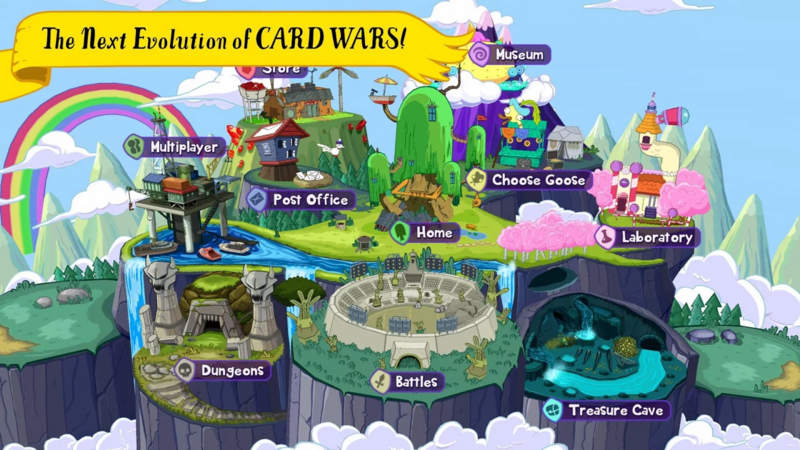 EPIC CREATURE COMBAT
-Assemble a team of awesome creatures and fight for Card Wars glory!
-Unleash the power of spells, landscapes, and floops!
-With an all-new card combat system, smiting your enemies has never felt so good.

CREATURE LAB
-Collect hundreds of creatures, including Husker Knight, Cool Dog, and the Pig!
-Level up to unlock new cards and abilities.
-Fuse creatures together to make them even more powerful.

SPECIAL EVENTS
-Test your skills in the Strike dungeons.
-Face daily dungeon challenges.
-Earn rare cards and loot from across the kingdom.

This game is available in the following languages: English

If you’re having any problems with this app, feel free to contact us at [email protected] Tell us about the issues you’re running into as well as what device and OS version you’re using.

IMPORTANT CONSIDERATIONS:
This app may contain ads that feature other products, services, shows or offers from Cartoon Network and our partners.

This app includes the option for adults to unlock or buy additional in-game items with real money to enhance game play, ranging from $0.99-$99.99 USD (or equivalent amount in the applicable regional currency). You may disable in-app purchases by adjusting your device settings.