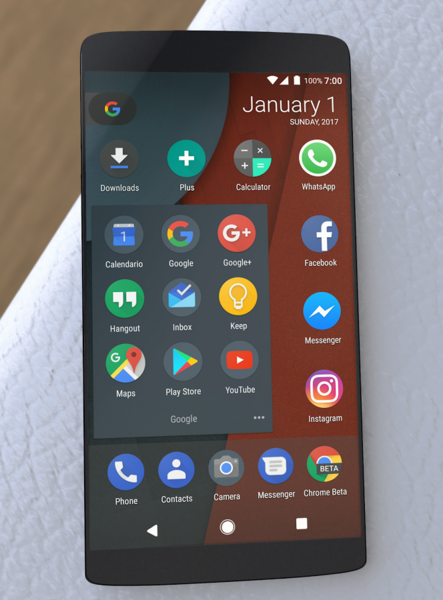 Characteristics
-Most close-to-stock circle-shaped icon pack;
-Fastly increasing number of icons in Google Pixel dark style;
-Dark circle background for icons that aren’t themed yet (or if they don’t have to be themed);
-Built-in request menu to require missing icons;
-High icon resolution for every screen resolution;
-Some wallpapers made by myself.

-Added 22 icons.
Now the total is 857 icons.
Sorry for being so slow lately, is that I’ve had to do big work on themes (and there’s still much to do there).
Tomorrow I’ll add some more requests I received in the last week, maybe all of them.