Infernals – Heroes of Hell v0.10.2 [Mod]
Minimum Requirements: 4.0.3 and up
APK Description: Hell breaks loose! Fight the ultimate evil in this sinister Action MMO RPG! Survive and strive for dominance in a post-apocalyptic wasteland. Are you the one who unites all Infernals and conquers the darkness? 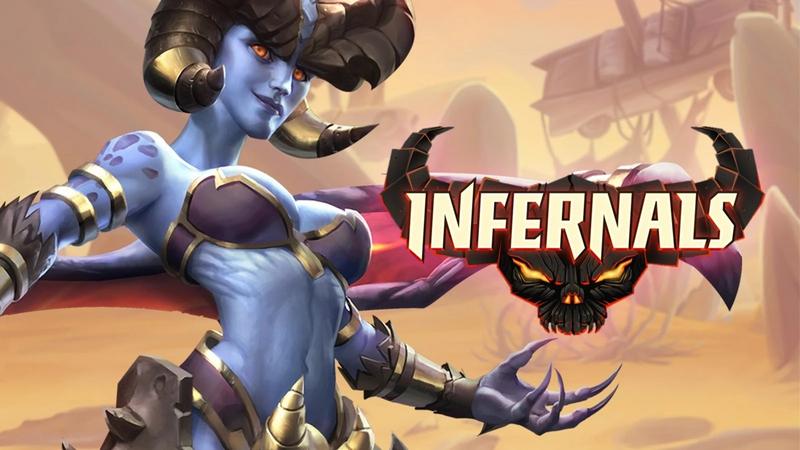 FEATURES:
★ COLLECT all Infernals for flawless dominance: Infernals are the ultimate warlords who dominate the battlefield. Convince them to join your squad and end the reign of the demon lord with their support.
★ ASSEMBLE an unbeatable team of powerful heroes: Summon hundreds of unique characters, collect an unstoppable squad of heroes, and test their survival skills in action.
★ UPGRADE your heroes to perfection: Equip them with Relics like amulets and masks to unleash their powers.
★ ENGAGE in tactical real-time battle: Find the right strategy and build the perfect team.
★ EXPLORE the corrupted wasteland of the Infernals: Delve into a grim fantasy world and discover the story behind those hellish events.
★ COMPETE against the best players in the Fighting Pit: Strive for dominance against thousands of other players worldwide in challenging PvP modes in this MMO. Join guilds to unite your strengths. Only the fittest will survive in the arena.
★ ENJOY stunning 3D characters and breathtaking effects

Human civilization has reached its peak. Mankind has harnessed both the powers of steam and lightning, creating technological marvels never seen before. To sustain this lifestyle, huge amounts of coal and iron were extracted from the ground. But one day, the colossal drills dug too deep and ripped open a gateway to another world – the realm of the demons and other supernatural beings. These creatures swarmed from the depths and spread chaos across the land.

This app is completely free to play. Additionally it offers optional in-app purchases.

In addition to stunning new backgrounds, we’ve added:
* 2 NEW INFERNALS – Necrosis the undead jailer and Furion the corrupted scientist
* COMPETITIVE SEASONS – Climb the leagues each season to earn Emeralds, Heroes, Relics and Omens!
* 2 NEW HEROES – Sawyer excels at disabling and destroying her enemies; Murdock simply enjoys dishing out as much pain as possible
There are also several balance changes and bug fixes. If you are enjoying the game please leave a review!