Oh…Sir! The Insult Simulator v1.07
Minimum Requirements: 2.3+
APK Description: The parrot is back from the dead bringing countless new insults for your disposal, Sir! Remember that silly game that parted lovers, destroyed families and turned friends into enemies? 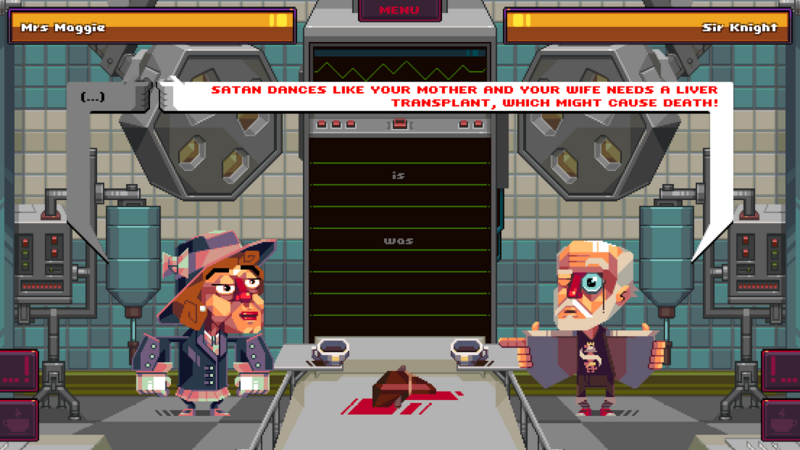 Here’s its successor that does even more, certainly with more style and more variety. And I have proof! This time you can spread affront to everyone in the world that has Internet access or – if you’re not the most sociable – you can sit alone and play with yourself. Nudge nudge.
So don’t let the parrot die for nothing and tell that grumpy old lady that her husband donated organs for a strange woman lying in a pond and that her sister poses nude for some dog. Then meet a retired hipster who admires pictures of a grunting sow, and a fake Russian who borrowed a dead body to put his teacup and crumpets on. It’s also the only game that lets you learn what’s The Meaning of Life, and that’s scientifically proven!

“Playing in local multiplayer mode made me laugh more in five minutes than most games manage over an entire campaign.”
– Oscar Dayus, Pocket Gamer –

Real-Life Friends Mode: Dual against your actual friends on a couch, ottoman, or whatever else you like to rest your fanny on

Imaginary-Friends Mode: Verbally take down strangers from all over the world online, and bring the witty pain across any device using the game’s Cross-Platform Multiplayer

5 Hilarious Playable Characters: Each with their own unique voices, quirky traits and hilarious “insult bits”

– New character – an enterprising Cockney called Albert. Just Albert. (Do you remember that mysterious black chap from our promo art? He’s finally in the game!)
– AI tweaks
– From player suggestions: the hand won’t hide till you’re out of tea, so you’ll always remember to have that one last sip
– Satan is less cruel now. Which means it’s easier to get “The Number of The Beast” achievement
– Serious Sam is a bit harder to unlock now – the ease of unlocking him was previously a result of a bug